Death Bubba is a new high-quality hybrid. An amazing new strain that might be even better than the sum of its parts.

Those parts are two of the most outstanding marijuana strains in North America – Bubba Kush and Death Star.

During the 1990s Bubba Kush was one of the most famous names in the Californian dope scene, counting Snoop Dogg, Cypress Hill and Dr Dre as some of its biggest fans.

The Kush phenotype (its particular genetic form) is one of the most important varieties of cannabis. Bubba Kush displays many of the most characteristic Kush attributes. The plant is thick and aquat and the buds dense and chunky. When burnt, Bubba Kush releases the classic Kush hashish flavours and it carries the aroma of coffee mixed with fruity notes.

The effects of Kush are usually heavy and sedative and Bubba Kush is a prime example. A 100% indica strain, with a high THC content, ranging from 15% to 22%, it lulls its users into a sedative state. But the Bubba Kush high is known for not preventing users from maintaining their focus and performing tasks. The strain is a great choice for those wishing to alleviate the symptoms of stress, insomnia and depression.

Meanwhile, in the Midwest, an indica-dominant hybrid strain with an earthy aroma and an unmistakable a blend of lemon and rubber, started to generate a following amongst weed aficionados. Death Star became well-known for the characteristic, creeping onset of its powerful high that broke over users in waves of relaxed euphoria.

The indica/sativa ratio of Death Star is a balanced 75/25, with its potency due to a notably high THC content. The effects of Death Star are typically positive and calming and it is often used to combat depression and stress.

Finally, then, these famous strains have been successfully bred and the result is Death Bubba. Death Bubba is visually remarkable, with deep purple hues and densely packed with trichomes and terpenes.

Combining Death Star and Bubba Kush has produced an extremely pungent skunk which releases a sweet, earthy smoke. Users describe the high as semi-sedative, which relaxes the user and slowly soothes physical discomfort.

Serene Farms and Cheapweed.ca now stock the high-quality hybrid, Death Bubba.  First bred in Vancouver, BC by the innovative budtenders, Sea to Sky, Death Bubba has been delighting cannabis connoisseurs since 2012.  Death Bubba is now available to order from the Serene Farms website and delivered directly to your door.

Death Bubba was bred by crossing Death Star and Bubba Kush and is a stunningly attractive, purple-hued strain, brimming cannabinoids and terpenes. The complexity of the terpene profile is immediately apparent in the thick aromas of grass and skunk.  When inhaled, Death Bubba plays sweetly on the palate, leaving a clean finish. The effects of Death Bubba are best described as ‘semi-sedative’. The user is planted deeply into their couch, as the stress and strains of the day are allowed to unravel. It can also be used to treat mild physical discomfort.

Death Bubba is an ideal hybrid for anyone looking for a well-balanced strain with an enjoyable aroma and taste.  Serene Farms now offer their customers the opportunity to purchase Death Bubba flowers directly from their website.

Throughout  the 1990s Bubba Kush dominated the Californian dope scene, with Snoop Dogg, Cypress Hill and Dr Dre just a few of its many devotees.   There are a number of very significant varieties in the development of cannabis and the Kush phenotype (its particular genetic form) is perhaps the most important.   Bubba Kush has many of the typical Kush attributes. A 100% Indica strain, it is a thick, squat plant with dense, chunky buds. On combustion, Bubba Kush releases an aroma of coffee mixed with fruity notes, accompanied by the famous hashy flavours.

Those plants associated with the Kush variety typically exhibit heavy and sedative effects, and Bubba Kush is no different.   This strain has been shown to have a potent THC content of between 15% and 22%. This produces a mellow, sedative high that is not so heavy to prevent the user from completing tasks and being productive.

Death Bubba takes the best elements of Bubba Kush and combines them with Death Star.  Death Star is an Indica-dominant (75/25) hybrid with a very high THC content. It originated in the Midwest, its earthy aroma and unique mixture of lemon and rubber, meant that it quickly became well-known and well-liked amongst local cannabis users.  Death Star users really appreciated its particular slow-onset high that broke over users in powerful waves. Many users turned to Death Star for its positive and calming effects in order to treat depression and the effects of stress.

Now these two famous strains have been successfully combined and the result is  Death Bubba. Death Bubba is visually stunning, its deep purple hues and buds densely packed with trichomes and terpenes are sure to be attractive to cannabis connoisseurs.  Its sweet, earthy smoke and relaxing, pleasant high will keep users coming back for more.

Be the first to review “Death Bubba” Cancel reply 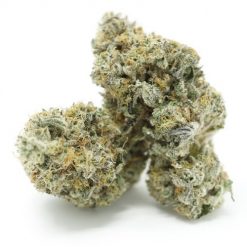 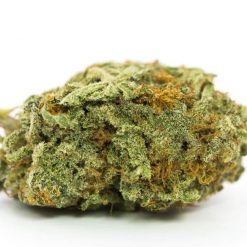 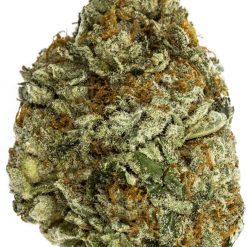 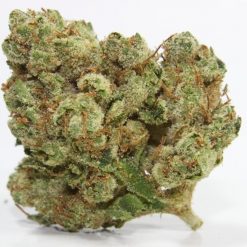 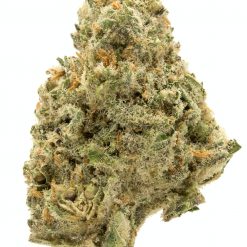 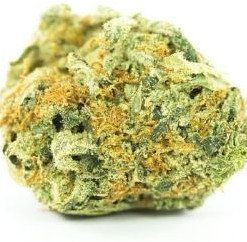 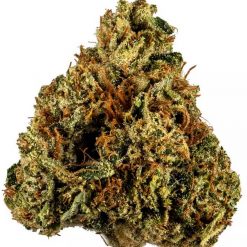 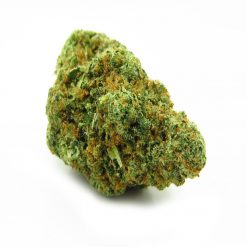